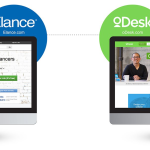 Developers are in short supply and everyone has the next big thing and wants a developer to join them for free or an equity share. Finding developers is never easy but I planned to pay for them that way you get delivery on time and on budget (well if managed well). I have used Guru.com and elance.com before to hire freelance developers and designers so understood the process and how hit and miss it can be. This time I opted to use oDesk.com because I had worked with a few startups that had used it and found some great people via it.

My general advice is you seem to get good quality developers from Eastern Europe and developers from India & China are a bit more miss than hit. Because of this I filtered the people via location and invited a bunch of people who I thought based on their profile and example work could deliver what I was asking for. This process takes several weeks so don’t expect to signup on day 1 and have a team working for you on day 2. I needed an iOS developer then a backed developer who could write the API, database connect and do the scraping of car data I was going to need.

After a couple of weeks I had Yuriy from the Ukraine who was an iOS developer & Michael who was based in the UK and a php developer. I shared with them the FluidUI mock ups and a trello board with a list of features to be developed. 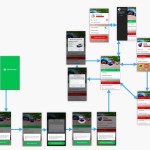 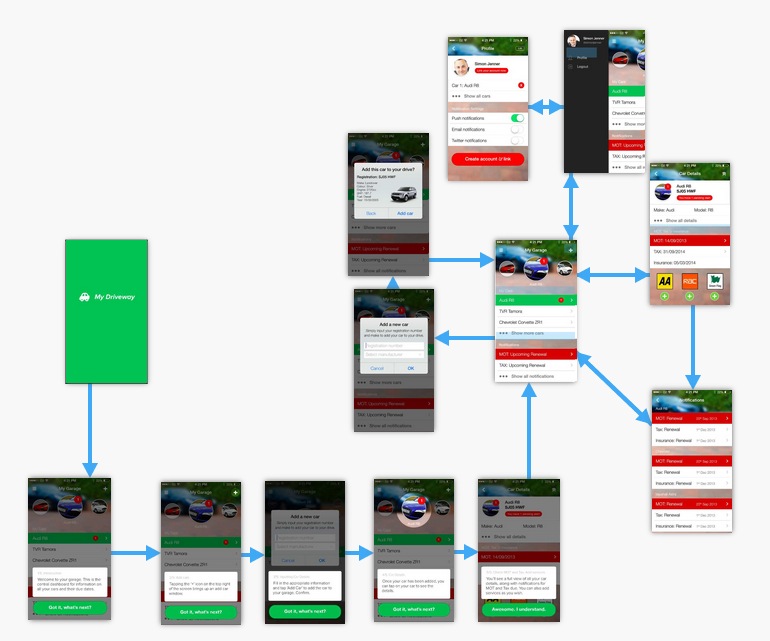 Next was to start to produce wireframes for the app. For the wire framing I used FluidUI to map out the various iPhone screens and the user journey through the app. Once in Fluid you can then push it to an iPhone to test it on an actual device, although the backend functionality is not there it massively helps you work out what works and what doesn’t. I was also able to push it to other people’s phones to then peer over their shoulder why they tried things out. Once I was happy with the layout I then shared it with a designer for him to design the individual screens, I was then able to go back and add them to FluidUI so it looked as close to the real thing as possible.

I felt that the design of the app was critical to it being adopted and used by users, if it looked good it was going to be much easier to sell. I therefore decided that I wanted to use someone I trusted and could sit with to go over the designs and my vision for the product. Luckily I  new just the chap and we set to work. It only took him a few days to come up with the concept which I loved he then took a few more days to complete all the various screen layouts.