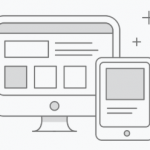 The Beans App has been developed as a result of 10 years of running a small chain of cafe’s.

Going from lots of paper checklists & paper files for managing employees through to complicated spreadsheets. None of these solutions were ideal and none allowed for  a smooth running business. The biggest opportunity we saw with developing our own app was to use the collected data to better understand our business and make quicker and more informed business decisions. 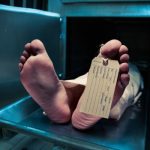 Startup Accelerators have been around since 2005 when Y Combinator was born and since then we have seen literally thousands of them created across the world. But I believe the model is broken and that they have had their day. Sure, we will see a few new ones, particularly large corporate-backed ones, but we will also see lots silently close.

To understand why the model is dead you have to understand why it was born in the first place. The ability for a couple of smart people with laptops to create a business that could grow to be worth a billion dollars with very small amounts of capital has only been around for the last 10 years. Before that you needed lots of capital, big teams and years to develop a product and take it to market. The Internet changed that – we could now build, deploy and scale a web or mobile application for a few thousand dollars.

The first challenge that the Accelerator model solved was an injection of a small amount of capital into the startup, typically $20 – $30 thousand. This was money that founders often couldn’t lay their hands on, or required them hold a full-time job, restricting the time spent working on their startup. The injection of money brought them 100% focus on the startup, which meant they could do things much faster. They could also hire in the expertise they didn’t have. This capital injection was in the form of investment and typically took anywhere between 6-12% of the equity of the company. Accelerators were willing to take the high risk, providing capital to early stage startups when existing investors wouldn’t.

Accelerators provide a range of experts to support the startups they invest in. This support ranges from external volunteer mentors through to dedicated accelerator resource, available on tap. This is important because for the most part the startups joining accelerators have no previous experience of running a business, let alone the knowledge to scale one fast. I feel that the importance of this is often undermined, because it is difficult to quantify its value. In my experience this expert support is often the key driver for the progress of the startup – not the money.

Most accelerators last for 3 months, a marker laid down by Y Combinator when it ran its first programme in Boston during the summer college break. Everyone followed suit, presuming there was a good reason for the 3-month period – there wasn’t but it became the model none-the-less. Its seen as a short sharp intervention to accelerate the startup to the next round of funding.

If accelerators solved a problem then what changed, when did they stop solving a problem? Its two-fold:

Firstly, accelerators changed – they stopped supporting people with ideas and started wanting more mature startups. Startups now need traction and probably even revenue to get on a top-tier accelerator programme. You will find that most startups now entering TechStars are already revenue generating; its not unheard of to have TechStars startups who already have $1million in revenue. That is a far cry from where it all began. Why did they make this change? Competition – as more and more accelerators entered the market they had to back winners to raise their profile and to keep the investors backing their programmes. You are more guaranteed to get winners not by starting at the beginning but by acting as a finishing school.

This change in criteria means that fewer startups fit the requirements of the accelerator, some are to early in their development, and some are too late. This increases the competition even further because, although accelerators are getting 1000+ applications, 80% are not suitable. This leaves accelerators fighting for the same small number of startups.

Secondly, the market matured which has had the following effect:
1- The accessibility of information for startups has grown exponentially – its all on the Internet and its free, so why go to an accelerator for it?

3- Startup valuations have risen, making the average valuation by an accelerator look low for the best startups

4- Timing – many startups want to get cracking and don’t want to wait for an accelerators next round, so they either skip accelerators or go directly to one that is starting now.

5- Founders span a wider age group now. In the past it was more likely to be recent graduates but now we are seeing founders in their early 20’s through to those in their 50’s. These are less likely to re-locate because of commitments (mortgages, children, etc).

6- The availability of capital for early stage startups has significantly increased, particularly in the UK where tax incentives have played a key part. This capital is available for startups at a fairly early stage, but probably not as early as accelerators delivered when they first started.

For lots of accelerators they will die a slow painful death – they will find it harder to attract the quality of startups they need and the knock on effect will be worse results, making it difficult to find their next round of investors & startups. Slowly over time they will just find it impossible to run their next programme so they will silently slip away.

The top tier will increasingly morph into something that resembles a VC. YCombinator & SeedCamp have already made that transition by raising funds and supporting their startups through much more of the journey than just 3 months.

Some accelerators (StartupBootcamp) are trying to go for volume of startups in the hope that they will find a few winners across the total portfolio. Whilst that may work, the ratios will look poor and most analyses would suggest that this is the wrong model.

The rise of the corporates

We will see more and more corporates enter the market as late adopters. They don’t have the same requirement for economic return and therefore can have a wider criteria of acceptance.

The problem hasn’t gone away!

The problem that accelerators set out to resolve hasn’t gone away. Startups still need that really early investment to create an minimum viable product (MVP) now more than ever. Today we talk about bootstrapping a startup through to MVP and early revenue; in years gone by we would have been saying ‘apply to an accelerator’. Its no longer economically viable for an accelerator to operate in the super early space unless they are corporate or government-backed – this is a market failure. 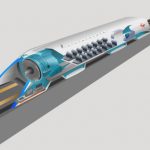 HS2 Birmingham to London is already a legacy

Birmingham is in a bit of a craze about the High Speed 2 rail link which is going to be built between Birmingham and London – its great news for Birmingham, it brings jobs (40,000 est) and puts Birmingham 49mins from London. They are somewhat tongue in cheek referring to Birmingham as Zone 4 of the London underground. Beneath the eye-catching 49 minute journey times is the real benefit, which is that it will free up capacity on the local lines, meaning more trains and more reliable trains, both of which are a massive issue as anyone who commutes into Birmingham on a daily basis can testify to.

All that said, I am wondering if we are about to make a £22bn mistake. We are putting in technology that has been around for fifty years and is likely to be completely redundant in the next 20. One of the challenges of our railways has been that of legacy infrastructure, which has been in place since 1825, that we have had to maintain, upgrade and replace. Many countries (such as Japan) leap-frogged and put in infrastructure capable of running High speed trains (>200 km/h) from day one.

It can be likened to the mobile commerce in Africa?—?many African countries are leading the way because they leap-frogged the laying of cable & fibre and just built modern 3g & 4g mobile infrastructure. They now don’t need to deal with the legacy issues that the UK does with old slow copper in the ground which is very expensive to maintain and upgrade.

If there was a future-proof alternative to mass transport at speed, should we at least not consider it before committing to a £22bn project that is going to take 9 years to complete (likely much longer given that these things always overrun)? I suspect we are way to late for this but there are viable alternatives and I think history will show how stupid it was not to have considered it.

I am not talking about driverless buses, cars or flying drone taxis that are all going to be viable alternatives in the next 20–50 years. I am talking about Hyperloop.

In May 2013, Musk likened the Hyperloop to a “cross between a Concorde and a railgun and an air hockey table,” while noting that it has no need for rails. He believes it could work either below or above ground.

Hyperloop operates by sending specially designed “pods” through a continuous steel tube maintained at a partial vacuum. Each capsule floats on a 0.5-to-1.3-millimetre (0.02 to 0.05 inch) layer of air provided under pressure to air-caster “skis”, similar to how pucks are suspended in an air hockey table, thus avoiding the use of maglev while still allowing for speeds that wheels cannot sustain.

Linear induction motors located along the tube would accelerate and decelerate the capsule to the appropriate speed for each section of the tube route. With rolling resistance eliminated and air resistance greatly reduced, the capsules are theorised to be able to glide for the bulk of the journey.

Hyperloop will travel at 760 mph (1,220 km/h) so as to maintain aerodynamic efficiency; the design proposes that passengers experience a maximum inertial acceleration of 0.5 g, about 2 or 3 times that of a commercial airliner on take-off and landing.

Is it far fetched or is it a viable option? Hyperloop Transport Technologies (HTT) are building an 8km test track in the Californian desert with the hope of running full tests by the end of 2016. They expect to have a passenger ready system by 2020, just 4 years away, which means we could hold HS2 to see if Hyperloop works and still build Hyperloop between Birmingham and London before HS2 is completed. Lets be honest, we all know that HS2 is not going to deliver on time, these things never do.

Hyperloop is cheaper and faster.

HTT have just signed (March 2016) an agreement with the government of Slovakia to build a Hyperloop, with possible links between Bratislava, Vienna and Budapest.

This is a forward thinking government that is building for the future, not for the past.