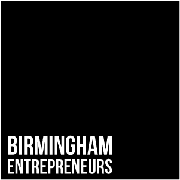 I created Birmingham Entrepreneurs as a meetup group in 2008 because Birmingham had nothing like it. As the 2nd city I expected something like this would have existed but after some checking it didn’t. So now on a monthly basis a group of potential and current entrepreneurs get together to swap notes.  This group is now the 5th biggest meetup.com group in Birmingham (2500 members). Join here

Posted in Projects | No Comments