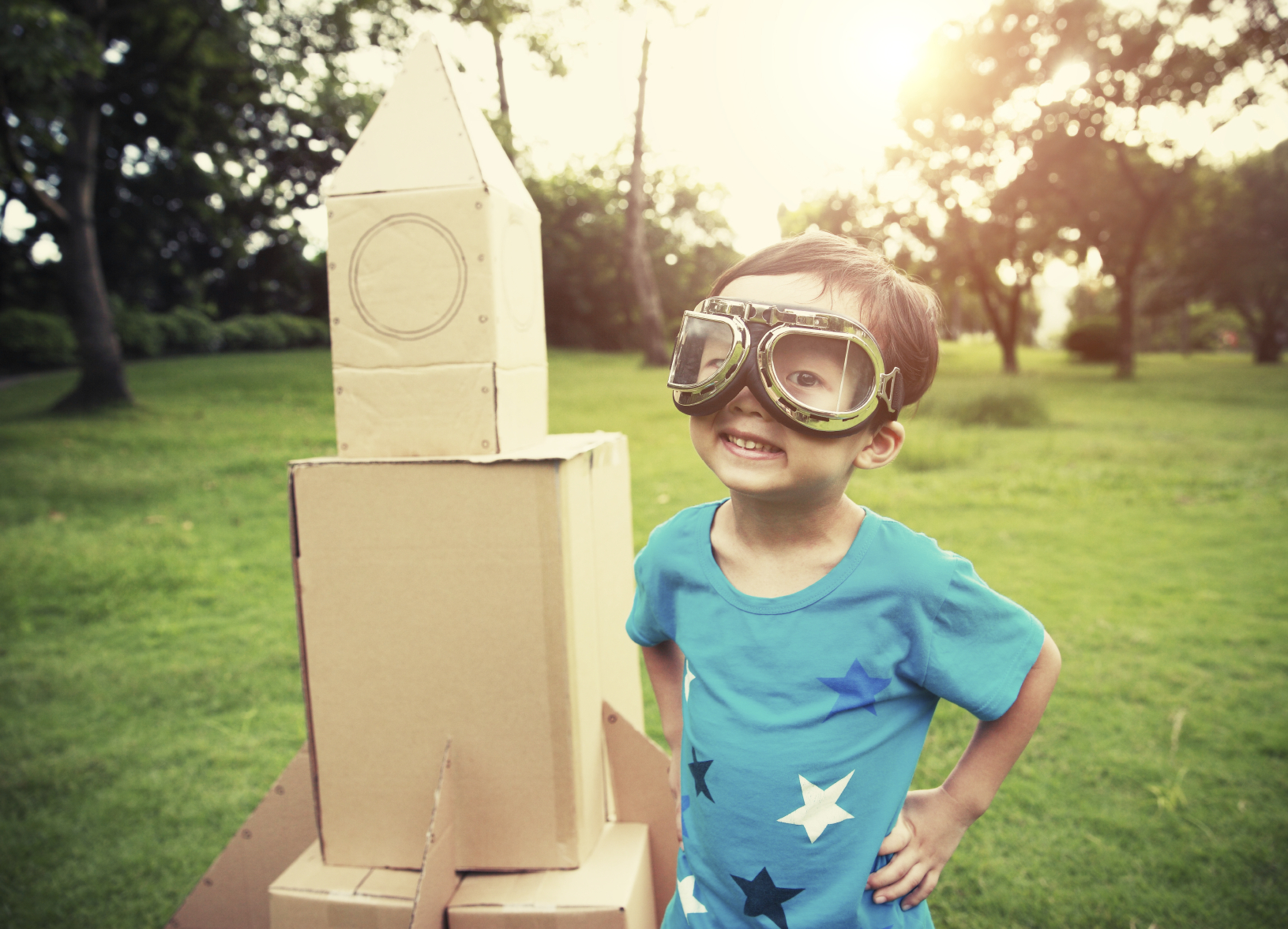 Samuel Pierpont Langley was born 22nd Aug 1834 in Roxbury Massachusetts; he was an Astronomer in his early career. In 1887 he started to experiment with heavier-than-air models & gliders and by 1898, based on the success of his models, he received a grant of $70,000 from the War Department & Smithsonian to develop the first piloted plane. Langley wanted to be the first person to achieve powered manned flight, so with his handsome sum of $70k he set about hiring the best team money could buy – leading engineers, administrators and a star pilot, and they embarked on a number of experiments. They had the best engineers, they were well funded and they had powerful connections, but….

On October 7th 1903, Langley attempted his first manned flight. He was so confident this was going to work that he had assembled the worlds media on the banks of the Potomac River. He had built a houseboat and put it at anchor on the river. On its flat roof a catapult launch pad was fitted, from which they would launch the aircraft. The moment came and they held their breaths as they launched the plane from the catapult; it dived into the air and then promptly fell like a sack of cement into the water.

Meanwhile, in Dayton Ohio, two brothers who failed to graduate from school with Diplomas had launched a bicycle repair shop, and then a bit later a factory producing their own bikes. By the late 1800’s the brothers were interested in flight and had started some experiments using objects they could find from their bike factory.

On December 17th 1903, only nine days after Langley’s last unsuccessful attempt on the Potomac, the Wright brothers successfully launched their flyer from the dunes of Kitty Hawk, North Carolina. The longest flight lasted 59 seconds, traveled 852 feet, and ushered in the era of manned flight.

The Wright brothers conducted their own research and hired no administrators; they just had a rag tag bunch of people who had volunteered to help out. The Wright brothers launched their aircraft from a 60-foot track that cost $4 to construct – in total they spent just $2000, compared to Langley’s dream team and $70,000 funding.

Standing still is not an option

We know that standing still is not an option for any business; we know because history is littered with companies from every industry that were all-powerful one day and gone the next. The speed of that change is the thing that has altered, from decades to years, and it will not be long before we are measuring this in months.

Technology & the internet are allowing markets and sectors to be disrupted in quick time. I don’t believe there is a single industry that is exempt from this disruption. Only a few years ago people were saying that they will never disrupt the nuclear fusion industry or space travel, and yet we now have SpaceX, who have taken the cost of getting something into space from billions to 100’s of millions, and we have startups creating nuclear fusion in a shipping container.

Here are examples of just two companies who decided to stand still:

Kodak invented the digital camera. It didn’t commercialise this invention because it wanted to protect its film business. So when the smart phone came along, fitted with cameras, it was in trouble and made losses from 2007 until it went bankrupt in 2013. Like a phoenix from the ashes it made a profit in 2014, but a lot of its revenues have come from selling off its patent portfolio. This is the strategy of a company backed against the wall, not one that is innovating, and whether it survives long term is highly questionable.

Blockbusters had 60,000 employees and 9000 stores at its peak in 2004. It was bankrupt just 6 years later in 2010. Did the Board not see the innovation coming? Were they not aware of startups like LoveFilm, who were allowing you to order DVDs from a web site and have them delivered next day through the post? Or did they not see the Internet streaming revolution, like Netflix, marching down the tunnel towards them? I am certain they did – I can’t believe that they were unaware of big changes in their market, but they chose to do nothing. They probably thought that if they did something with this new world then it would affect their current revenue streams. What they probably didn’t realise is that by doing nothing, within 6 years they didn’t have a revenue stream to bastardise.

Here are some examples of companies that are leading innovation drives today:

Uber launched in 2011, is now worth an estimated $50bn and is operating in 58 Countries in just 4 years. Their innovation is such that it is disrupting the whole taxi car industry. The ability to order a cab from your phone and know which car, which driver and exactly when it will turn up is revolutionary in the UK. To then have the payment taken automatically so you don’t have to carry cash or card is a great feature. The final advantage is that you can rate your taxi driver – how nice they were, how tidy was the car was, etc. This is an innovation of service, using technology, and consumers are buying into it in their millions because it makes life easier and provides a better experience. Local cab companies are going out of business and black cab drivers are finding people stood at taxi ranks ordering Uber’s rather than getting into an expensive alternative.

Airb B&B is on target to become bigger than any of the hotel chains in terms of nightly room availability and yet it doesn’t own a single hotel or property.

Estate agents are being eaten by the likes of Right Move & our very own Purple Bricks. The pace of change in this market has been quite slow but I think we are going to see much faster change over the next few years.

Banking & payments are being eaten by Apple Pay & our own Droplet. The days of using credit cards are numbered as we see people move to mobile contactless payments.

I know from running my own businesses that when you see innovative ideas come into markets your immediate thoughts are that it will never work, or it won’t happen in my market, and yet it does. So how do we as small business owners tackle innovation? How do we become more innovative and therefore more competitive? I have 5 tips for innovation:

When we think of innovation we think of those world-changing innovations like the invention of electricity or aeroplanes, but very few innovations are truly that. They are never the overnight success that is reported, rather they are the results of millions of little iterations that lead to a breakthrough innovation. So its not necessary to sit in a room with a whiteboard and think how to disrupt or game change the industry we are working in (although that might be fun). instead, we have to think about what leaps we could take and then what iterations we could add to make us more innovative. Those iterations may not be about the product; it could be the way you run the company. For example, Buffer, a social media web service which started in Birmingham have decided that transparency is going to be part of their culture and they publish the salaries of every person in the company on their website. As a result they get a lot of media attention which in turn brings them lots of customers.

Where iteration doesn’t work is iterating on your existing business. You have to decide on the leap then iterate on that rather than trying to eat the whole elephant at once. So if we take Buffer’s transparency culture as an innovation, you could start with just sharing the Senior Managers salaries and see how that goes then slowly iterate on your transparency by releasing more information.

Your current staff may not be the best people to help you with innovation as it may be seen as a threat – it equals change which is often perceived as a bad thing. You may need to look outside your organisation for people to help lead innovation change, or someone who is close but removed from the day to day operations of the business. The phrase ‘can’t see the wood for the trees’ is a good analogy for the difficulty to spot innovation opportunities when you are fire fighting with the day to day running of a business.

You may need to find an entrepreneur or innovator – someone who thinks differently – to lead the change within your business. Bringing in an outsider is certain to be an uncomfortable experience for lots of companies but it is a vital one.

3. Necessity is the mother of invention

We hear this phrase used a lot and its very true, many innovations are born out of adversity. The obvious ones are during times of war, when literally thousands of new inventions are created because its a matter of life or death. Thankfully for most businesses its not quite a life or death struggle, but it could easily be the difference between survival and bankruptcy. In order to give impetus to innovation in a business there has to be a sense of urgency, something you are driving towards. It could be legislation change, it could be a new competitor coming in or it could be an artificial self imposed deadline, for example when Kennedy said “I am going to put a man on the moon by the end of the decade” he was setting an artificial deadline that kicked off the space race. In our businesses we need to find that impetus for innovation otherwise it will not happen.

It should be woven into the fabric of the business and be given a prominent place in job descriptions, procedures, and performance evaluations. Innovation should be defined to include incremental as well as revolutionary improvements.

Google famously had a thing called 20% time, where every employee in the business could have 20% of their time to work on anything they wanted – mini projects if you will. From these 20% projects Google Mail, Google News, Google chat, Google earth and many other products and services were created. Its one of the things that has made Google so innovative over the last 10 years.

3m have a process they call “run it up the flagpole” where they celebrate innovations. The Post-It-Note was created by a couple of employees that used their 15% time to generate the idea and champion it through the 3M business.

Innovative companies recognise that failure is an important step in the process of success. They understand that with each failure, the company moves one step closer to success. If you are trying things new then you will have failure. Its not a maybe, its a definitely, and you need to be ok with that. Its not the time for a witch hunt, or a blame game, its time for post match analysis, learn and try again.

I truly believe that all businesses posses the talent to innovate and by harnessing innovation they can be built into international superstars. If you don’t innovate you will be eaten by an innovating competitor. Follow the 5 tips for innovation, take some risk and you will be amazed at what can be achieved.

Posted in Innovation | No Comments